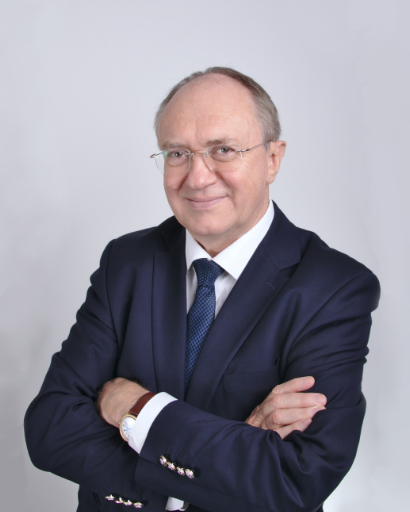 Prof. Thomas Skotnicki was working for France Telecom from 1985 till 1999 when he joined STMicroelectronics. He became the first STMicroelectronics Company Fellow and Technical Vice-President. He invented the UTBB FDSOI structure (in production at STMicroelectronics, GF and Samsung). He holds 80 patents and has authored almost 500 scientific papers and several book chapters on CMOS and Energy Harvesting. His models/software MASTAR were used by ITRS for 12 consecutive editions for calculations of CMOS roadmaps. He holds the prestigious title of “Fellow” in the largest international association of electronics and electrical professionals, IEEE.

WG5 deals with assessing the market potential of terahertz applications and developing, for selected applications, specifications and demo versions displaying the highest possible technology readiness level. The group is engaged in developing technologies of manufacturing household appliances based on terahertz waves. It also deals with building the CENTERA brand as a world-class THz centre and with protecting the intellectual property created as part of the CENTERA project. WG5 experts are in charge of filing patent applications for the inventions, devices and systems created by other research teams.